Skip to main content
The company is situated at the foot of the first mountain reliefs of the Sila Greca but 5 km from the beaches of the Ionian Sea, surrounded by green trees on the horizon with the blue sea.
The Sila National Park, from the natural predecessor of the WWF “The Giant Peach Cozzo” are just a few kilometers.
The mouth of the Crati offers another unique environment of natural interest.
The history of Ancient Greece has left clear traces in the Archaeological Park of Sybaris and the nearby National Museum with artifacts and ancient Greeks and Romans bruzio site dating from 900 to 750 BC Castiglione in the Marshes.
Rossano and called Byzantium in the south because of the obvious Byzantine influence in the Oratory of S. Mark dating back to the IX – X century, Patirion built in 1100, followed by other churches and palaces of the old town and the area to witness the centuries past.
The Diocesan Museum preserves the Codex Purpureus Rossanensis, greek Evangeliary unique.
In the nearby medieval castle overlooking the Corigliano.

How to reach us 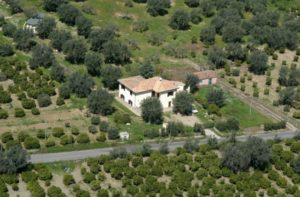